Home  > NEWS  > Trends  >  Whats the use of structural-light technology

Whats the use of structural-light technology 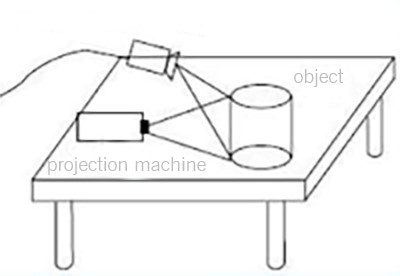 Structural light is based on optical triangulation. The specific structural light is projected onto the measured object through the projection device, and a three-dimensional image of the light bar with the same shape is formed on the surface of the measured object. The three-dimensional image of the light bar is detected by another camera, and then the two-dimensional distorted image of the light bar is obtained. The distortion of the bar depends on the relative position between the projector and the camera and the shape and size of the object. In general, the displacement shown along the strip is proportional to the height of the object's surface, twist together (similar to contour lines on a plane map) represents the change in the plane, and discontinuities represent physical gaps on the surface. When the position between the structure projector and the camera is immobilized, the 3D contour of the object surface can be reconstructed by the distorted 2D beam image. The recognition degree of different structural light modes is different, which needs to be determined by specific use scenes.

Structural light technology is greatly influenced by environmental light sources, which is more suitable for indoor application scenarios, and its frame rate is lower, so it is more suitable for static scenes or scenes with slow changes. Its advantage is that it can obtain a high-resolution depth image.

According to different beam modes projected by optical projectors, they can be divided into the following several structural light modes：

A beam of light from an optical projector is projected onto an object to produce a point of light that is imprinted by the camera's lens onto the camera's image plane, forming a two-dimensional point. The intersection of the camera's rays and the beam of light in space forms a simple triangular geometry. This trigonometric geometric constraint can be obtained by certain calibration, and the position of the light point in a coordinate system can be uniquely determined.

It is necessary to scan the object point by point for measurement, and the time required for image acquisition and image processing increases sharply with the increase of the object. 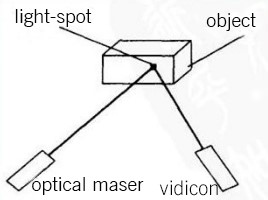 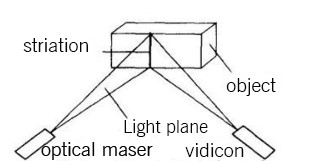 Multiline structural light mode is an optical projector that projects multiple beams on the surface of an object. On the one hand, the purpose is to process multiple light bars in an image to improve the processing efficiency of the image; on the other hand, the measurement quantity of multiple light coverage is realized to increase the information and obtain the depth information of the object surface in a wider range. The efficiency and range of multi-line structured light modes are improved, and the calibration complexity and light bar recognition are introduced. 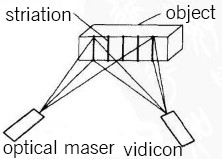 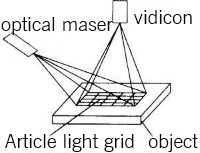 In order to determine the corresponding relationship between object surface points and image pixel points, the projected structured light pattern needs to be encoded. There are several common coding methods.

According to the image grayscale or color information coding, this method needs a wide spectral range, and all points need to be coded to achieve a high resolution. However, due to the environmental impact, the measurement accuracy is poor. 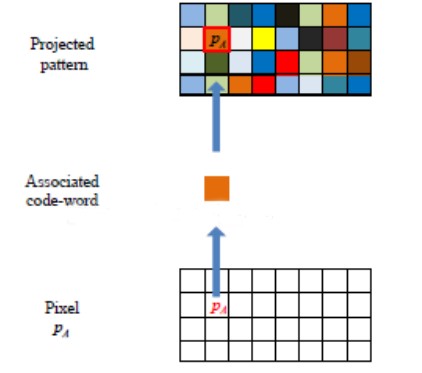 This method is based on the distribution of all points in a window adjacent to the surrounding identification code, mainly suitable for moving objects. Incorrect window decoding may occur if the discontinuous object surface is obscured during coding.

This scheme requires projecting different coded lights of N continuous sequences, and the receiving end recognizes them according to receiving N continuous sequence images. Each coding point has a high measurement accuracy, and a higher resolution depth map can be obtained. It is suitable for static scenes because each coding point needs to calculate N consecutive projections, which requires a large amount of calculation and is not suitable for dynamic scenes. 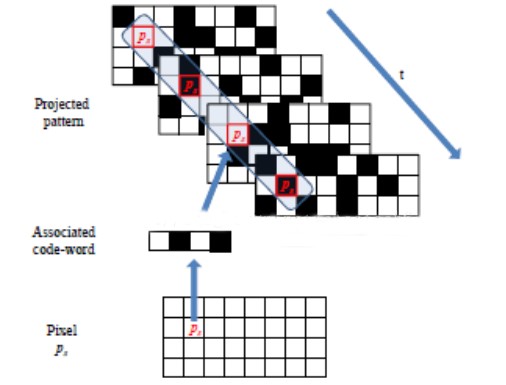